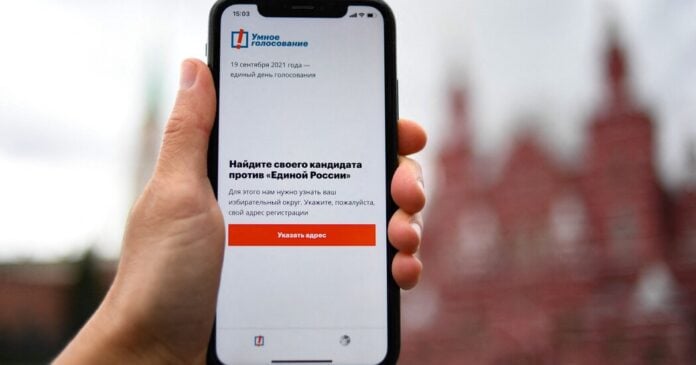 Civil society groups have warned that forcing the companies to conform to a patchwork of laws and regulations risks creating a more fractured internet, where access to information and products will depend on where people are. The companies must weigh the value of having their services available in a country like Russia, where they are seen as more independent than local technology platforms, against the costs of leaving altogether, as Google has done in China.

The pressure on Silicon Valley to block certain content on their platforms is not just coming from more authoritarian governments. In the United States and Europe, policymakers want the companies to address hate speech, misinformation, and other toxic content. Republicans in the United States argue that they are being censored online.

In Russia, the national internet regulator, Roskomnadzor, has repeatedly demanded that the companies remove certain content, on pain of fines or restrictions on access to their products. The government says that American internet companies are meddling in Russia’s domestic affairs by allowing anti-Kremlin activists to use their platforms freely.

The Russian government had been increasingly blunt in recent days about its willingness to use threats of arrest to prevent the use of the app. “With the participation of Apple and Google, specific crimes are being committed, the scale of which may only increase in the coming days,” Vladimir Dzhabarov, a member of Russia’s upper house of Parliament, said on Thursday. “Individuals contributing to their parent companies’ evasion of responsibility on the territory of the Russian Federation will be punished.”

It remains to be seen whether Friday’s concession by Apple and Google turns into a watershed moment in how forcefully American tech giants are willing to resist Kremlin pressure. Amid Russia’s crackdown on dissent this year, the most famous Silicon Valley platforms have remained freely accessible, allowing journalists and activists to continue to get their message out. On YouTube, for instance, the Navalny team’s investigations of corruption in the Russian elite regularly get millions of views.

But Friday’s move could embolden the Kremlin and governments elsewhere in the world to use the threat of prosecuting employees to gain leverage against the companies. It presents a test of Silicon Valley ideals around free expression and open internet, balanced not only against profit but against the safety of their workers.

Removals of Facebook and Twitter posts, YouTube videos, and other internet content occur fairly regularly as companies seek to comply with local laws worldwide. In China, Apple has removed apps that run afoul of government censors, including software that would give Chinese users access to the open global internet. A 2016 court decision in Russia led Apple and Google to remove LinkedIn from their app stores after LinkedIn did not comply with a law requiring data about Russian users to be stored within the country’s borders.