It takes a particular consumer to buy an Android phone yet use Apple Music. But the slight overlap in that Venn diagram may be getting bigger. Last month at WWDC, Apple unveiled a free update for Apple Music subscribers that added lossless audio streaming and spatial audio support for Dolby Atmos.

Now, Android users can access these features too. Last year, Google shut down its Google Play Music app (RIP) with the intent for users to migrate to YouTube Music. Some longtime Android fans are still unpleased about that decision and don’t feel that YouTube Music is up to par — but for audiophiles, these Apple Music updates might be what it takes to get them to switch. However, not all Android devices support Atmos yet. 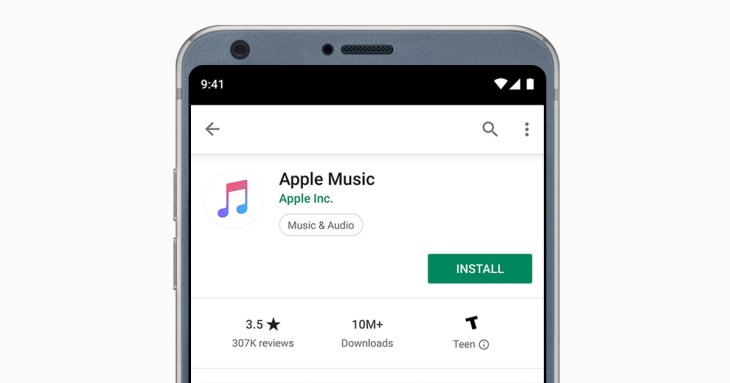 Apple Music isn’t the only streaming platform ramping up its audio quality. On the same day that Apple announced its upgraded audio features at WWDC, Amazon Music also announced that it would support lossless streaming and spatial audio with Atmos functionality. Like Apple, Amazon offers these enhancements at no extra cost for subscribers. Spotify plans to launch a lossless audio feature called HiFi, but it will be a premium add-on rather than a free upgrade like Apple Music or Amazon Music. YouTube Music doesn’t yet offer a comparable feature.

Currently, Spotify leads the streaming industry with 158 million paid subscribers. For comparison, Apple Music had 60 million subscribers in June 2019, and Amazon Music had 55 million in January 2020. Since then, both companies haven’t shared updated numbers; YouTube Music has at least 20 million paid users. Even on consumer-grade headphones, you can hear the difference between a lossless FLAC file and a compressed mp3 — but if you’re such a keen audiophile that you need to listen to master-quality audio, just get Tidal.