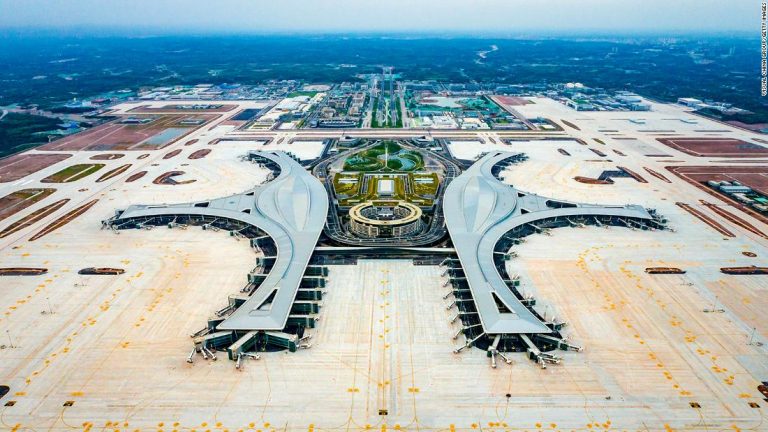 Chengdu, the capital of Sichuan province, is now the third city to have two international airports, joining Shanghai and Beijing. 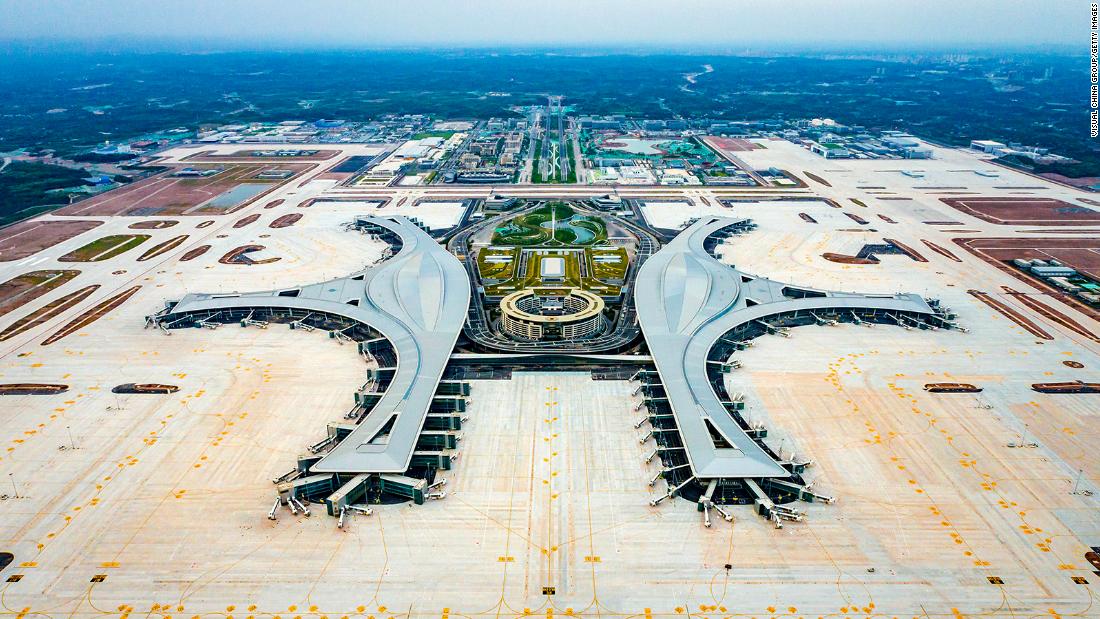 Constructed at the cost of about 70 billion Chinese yuan ($10.8 billion), phase one of the massive aviation hub can handle up to 60 million passengers per year, further opening up the country’s southwest region.

Passengers prepare to board an airplane at Chengdu Tianfu International Airport on June 27.

In addition to the famous pandas, Sichuan is renowned for its spicy cuisine and beautiful scenery, making it one of China’s most popular tourist destinations among both domestic and international tourists.

For now, however, the new airport will only be catering to the former. China remains closed to most international travelers.

“The new airport in Chengdu was needed to accommodate continued rapid growth,” said aviation analyst Brendan Sobie. “China’s domestic market has already fully recovered from the pandemic and will continue to proliferate. Given the size of the city and its central location in China, Chengdu is very well-positioned to benefit.”

According to the latest figures from the International Air Transport Association (IATA), China’s domestic traffic was up 6.8% in April 2021, compared to April 2019. The Baiyun International Airport in the southern metropolis of Guangzhou unseated Atlanta’s Hartsfield-Jackson to become the world’s busiest airport in 2020. Before the pandemic, the old Chengdu Shuangliu International Airport was the fourth-largest by passenger volume. In 2020, “it was actually the second largest as it was less impacted by the pandemic than other major airports due to its high reliance on the domestic market,” adds Sobie.