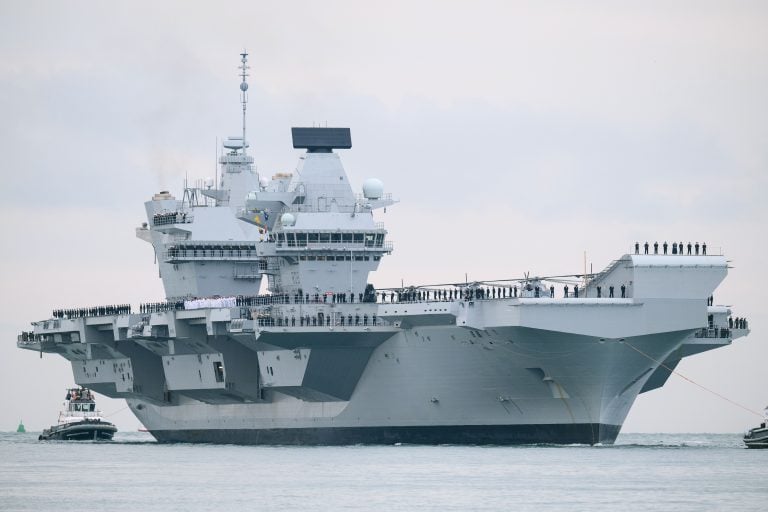 About 100 vaccinated crewmembers aboard the Royal Navy’s HMS Queen Elizabeth carrier have been diagnosed with COVID-19, but the outbreak is being managed, a report said Wednesday.

The BBC reported more infections on warships in the carrier group, which consists of about 3,700 personnel. The flagship of the Royal Navy has entered the Indian Ocean and will eventually head to Japan. A spokeswoman told the BBC that the cases were discovered during routine testing, and there “are no effects on the deployment.”

The 65,000-ton carrier– which is said to hold 36 F-35s– has been supporting live military operations against the Islamic State group in Iraq and is seen as a clear projection of strength. Commodore Steve Moorhouse told the AP that the carrier offers the U.K. flexibility in how to conduct military operations abroad and “keeps those that wish to cause us to harm … on their toes.”

He continued, “But there is a reality when you buy yourself a fifth-generation aircraft carrier, and you take it around the world … people are interested in it.”

The Associated Press contributed to this report.