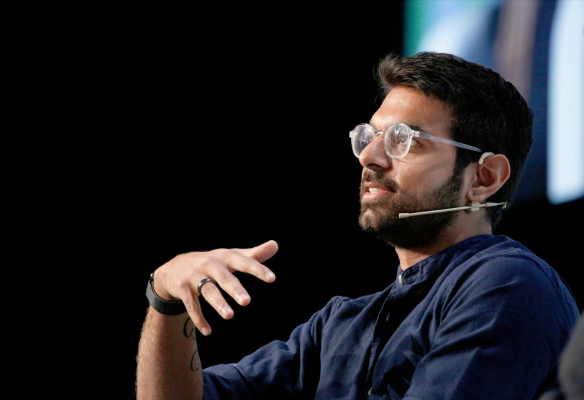 After raising tens of millions from investors and executing a pretty substantial pivot earlier this year, augmented reality startup Ubiquity6 and its team has been acquired by gaming chat app giant Discord. The ambitious AR startup had raised $37.5 million from a series of top investors, including Benchmark, First Round, Kleiner Perkins, and Google’s Gradient Ventures. They were betting on its vision of building a consumer-facing platform for hosting augmented reality content. It’s most recent publicly disclosed financing was a $27 million Series B in October of 2018.

Terms of the Discord acquisition weren’t disclosed. However, in recent months the startup seemed to abandon most of the products it had spent its first several years building, suggesting that Ubiquity6 had been having some issues finding broad audiences for its products. Launching back in 2017, Ubiquity6 hoped to build an app that would be the primary way mobile phone users would browse augmented reality content.

In late 2019, the startup launched a product called Displayland, which aimed to gamify the process of 3D scanning physical environments with a smartphone’s camera. The company’s efforts to find mass adoption were hampered by a mobile AR market, which has largely failed to gain any momentum in recent years despite hefty investment from tech giants, including Apple and Google. In early 2020, CEO Anjney Midha told TechCrunch that the startup had some 65 employees.

In recent months, Ubiquity6 had executed a pretty drastic pivot, leaving augmented reality completely behind instead of building out a desktop platform that allowed users to play simple online party games together remotely. The beta platform, called Backyard, was designed for pandemic era habits that seem to be on the decline as the US springs back into action. The Backyard was discontinued this week as part of the acquisition announcement. In a Medium post announcing the acquisition.

Midha seems to downplay any expectations that Ubiquity6’s augmented reality technology will be living on inside Discord. Our mission at Ubiquity6 has always been to unlock new ways for people to connect through shared experiences,” Midha wrote. “Joining Discord today allows us to accelerate that mission — Ubiquity6’s team, Backyard product, and multiplayer technology will be integrated into Discord.