Dispense with the chasm? No way! – TechCrunch

Known for his seminal book “Crossing the Chasm,” Geoffrey Moore is an author, speaker, and adviser who splits his consulting time between startup companies in the Wildcat Venture Partners portfolio and established high-tech enterprises — including Salesforce, Microsoft, Autodesk, F5Networks, Gainsight, Google and Splunk. 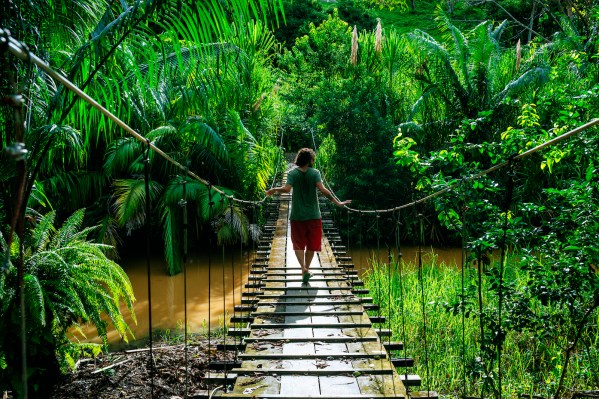 Jeff Bussgang, a co-founder and general partner at Flybridge Capital, recently wrote an Extra Crunch guest post that argued it is time for a refresh when it comes to the technology adoption life cycle and the chasm. His argument went as follows:

VCs in recent years have drastically underestimated the size of SAMs (serviceable addressable markets) for their startup investments because they were “”trained to think only a portion of the SAM is obtainable within any reasonable window of time because of the chasm. The chasm is no longer the barrier it once was because businesses have finally understood that software is eating the world. As a result, the early majority has joined up with the innovators and early adopters to create an expanded early market. Effectively, they have defected from the mainstream market to cross the chasm in the other direction, leaving only the late majority and the laggards on the other side.

That is why we now see multiple instances of huge high-growth markets that appear to have no limit to their upside. There is no chasm to cross until much later in the life cycle, and it isn’t’ worth much effort to cross it then. Now, I agree with Jeff that we are seeing remarkable growth in technology adoption at levels that would have astonished investors from prior decades. In particular, I agree with him when he says:

The pandemic helped accelerate a global appreciation that digital innovation was no longer a luxury but a necessity. As such, companies could no longer wait around for new innovations to cross the chasm. Instead, everyone had to embrace change or be exposed to an existential competitive disadvantage.

But this is crossing the chasm! Pragmatic customers are being forced to adopt because they are under duress. It is not that they buy into the vision of software eating the world. It is because their very own lunches are being consumed. The pandemic created a flotilla of chasm-crossings because it unleashed a genuine set of existential threats.

The key here is to understand the difference between two buying decision processes, one governed by visionaries and technology enthusiasts (the early adopters and innovators), the other by pragmatists (the early majority).

The key here is to understand the difference between two buying decision processes, one governed by visionaries and technology enthusiasts (the early adopters and innovators), the other by pragmatists (the early majority). The early group makes their decisions based on their own analyses. They do not look to others for corroborative support. Pragmatists do. Indeed, word-of-mouth endorsements are by far the most impactful input not only about what to buy and when but also from whom.