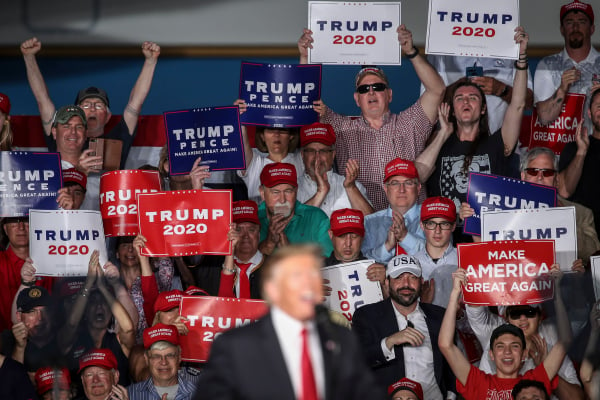 Well, that was fast. Just days after a Twitter clone from former Trump spokesperson Jason Miller launched, the new social network is already beset by problems.

For one, hackers quickly leveraged Gettr’s API to scrape the email addresses of more than 85,000 of its users. Usernames, names, and birthdays were also part of the scraped data set, which was surfaced by Alon Gal, co-founder of cybersecurity firm Hudson Rock.

“When threat actors can extract sensitive information due to neglectful API implementations, the consequence is equivalent to a data breach and should be handled accordingly by the firm [and] examined by regulators,” Gal told TechCrunch. Last week, TechCrunch’s own Zack Whittaker predicted that Gettr would soon see its data scraped through its API.

This allowed them to extract usernames, names, bios, bdays, but most importantly, the emails which were supposed to be private, of over 85,000 users. pic.twitter.com/NsKyz9zHmQ

The scraped data is just one of Gettr’s headaches. The app went live in the App Store and Google Play last month but left beta on July 4 following a launch post in Politico. While the app is meant to appeal to the famously anti-China Trump sphere, Gettr apparently received early funding from Chinese billionaire Guo Wengui, an ally of former Trump advisor Steve Bannon. Earlier this year, The Washington Post reported that Guo is at the center of a massive online disinformation network that spreads anti-vaccine claims and QAnon conspiracies.

On July 2, the app’s team apologized for signup delays citing a spike in downloads, but a bit of launch downtime is probably the least of its problems. Over the weekend, several official Gettr accounts, including Marjorie Taylor-Greene, Steve Bannon, and Miller’s own, were compromised, raising more questions about the app’s shoddy security practices.

Another red flag: The app’s design is conspicuously identical to Twitter and appears to have used the company’s API to copy some users’ follower counts and profiles. Gettr encourages new users to use their Twitter handle in the signup process, saying that it will allow tweets to be copied over in some cases (we signed up, but this didn’t work for us). TechCrunch reached out to Twitter about Gettr’s striking similarities and the use of its API, but the company declined to comment.

On mobile, Gettr is basically an exact clone of Twitter — albeit one that’s very rough around the edges. Some of Gettr’s copy is stilted and strange, including the boast that it’s a “non-bias” social network that “tried the best to provide best software quality to the users, allow anyone to express their opinion freely. The company is positioning itself as an alternative for anyone who believes that mainstream social networks are hostile to far-right ideas. Gettr’s website beckons new users with familiar Trumpian messaging: “Don’t be Cancelled. Flex Your 1st Amendment. Celebrate Freedom.”