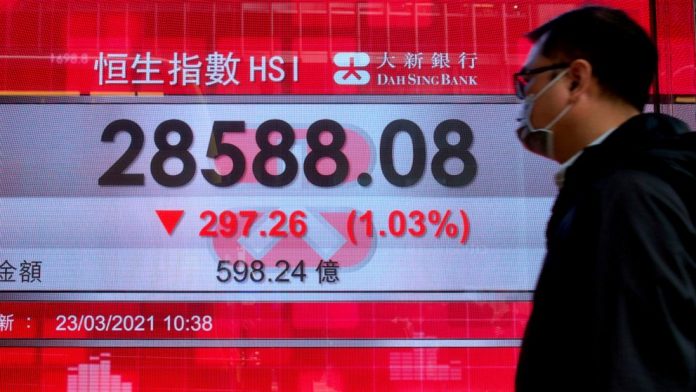 London and Frankfurt opened lower, while Shanghai, Tokyo, and Hong Kong closed down. 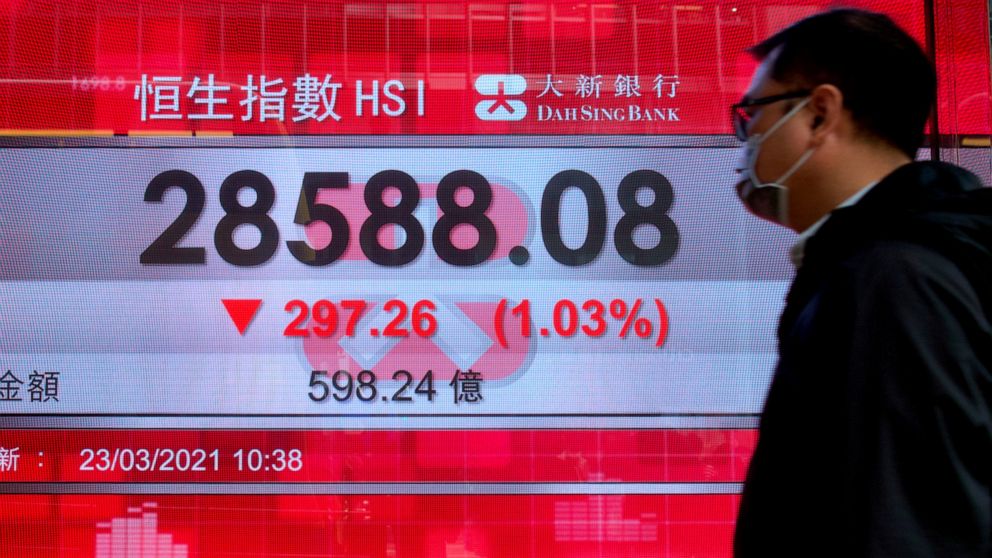 Fed Chairman Jerome Powell said while the economy was improving, a recovery was “far from complete.” In testimony to Congress, he said the Fed “will continue to provide the economy the support it needs for as long as it takes.”

Powell “kept markets happy” by saying “there was still a long way to go” before tighter monetary policy is justified, Robert Carnell of ING said in a report.

Shares were boosted by a rise in bond prices, which narrowed their yield, or the difference between their market price and the payout at maturity. A rise in yields has been luring investors out of higher-priced tech stocks.

In Asia on Tuesday, the Shanghai Composite Index lost 0.9% to 3,411.51 after the United States, the European Union, Britain, and Canada announced sanctions against four Chinese officials accused of abusing ethnic minorities in the country’s northwest.

Beijing retaliated by saying it would impose unspecified penalties on four European legislators, a German researcher, a think tank, and other entities.

India’s Sensex gained 0.4% to 49,977.22. New Zealand and Singapore advanced while Jakarta declined. Investors are wavering between optimism that coronavirus vaccines might allow business and travel to return to normal and fears of higher inflation after struggling economies were flooded with credit and government spending.

They have been reassured by Powell’s comment earlier that the Fed’s key interest rate will be kept near zero through 2023, even as inflation is forecast to pick up.

The yield on the 10-year Treasury note narrowed to 1.65% after trading as high as 1.74% last week. The possibility of higher interest rates as yields rise has some investors concerned economic growth might slow. Benchmark U.S. crude lost 77 cents to $60.79 per barrel in electronic trading on the New York Mercantile Exchange in energy markets. The contract rose 13 cents on Monday to $61.55. The price basis for international oils, Brent crude, retreated 77 cents to $63.85 per barrel in London. It rose 9 cents the previous session to $64.62 a barrel. The dollar edged down to 108.78 yen from Monday’s 108.80 yen. The euro retreated to $1.1888 from $1.1942.