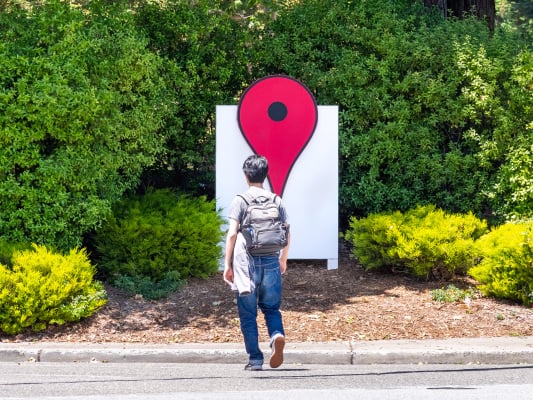 Google is announcing a handful of significant updates to Google Maps today that range from bringing its Live View AR directions indoors to adding weather data to its maps, but the most tantalizing news — which in typical Google fashion doesn’t have an ETA just yet — is that Google plans to bring a vastly improved 3D layer to Google maps. Using photogrammetry, the same technology that also allows Microsoft’s Flight Simulator to render large swaths of the world in detail, Google is also building a world model for its Maps service.

“We’re going to continue to improve that technology that helps us fuse together the billions of aerials, StreetView and satellite images that we have to really help us move from that flat 2D map to a more accurate 3D model than we’ve ever had. And be able to do that more quickly. And to bring more detail to it than we’ve ever been able to do before,” Dane Glasgow, Google’s VP for Geo Product Experience, said in a press event ahead of today’s announcement. He noted that this 3D layer will allow the company to visualize its data in new and exciting ways.

How exactly this will play out, in reality, remains to be seen, but Glasgow showed off a new 3D route preview, for example, with all of the typically mapping data overlayed on top of the 3D map. Glasgow also noted that this technology will allow Google to parse out small features like stoplights and building addresses, resulting in better directions.

“We also think that the 3D imagery will allow us to visualize a lot of new information and data overlaid on top, you know, everything from helpful information like traffic or accidents, transit delays, crowdedness — there’s lots of potential here to bring new information,” he explained.