Sen. Josh Hawley (R-Mo.) — perhaps best known as the U.S. senator who raised his fist in solidarity before a mob of white supremacists and Donald Trump supporters attacked the U.S. Capitol on Jan. 6 to try to stop Joe Biden from being certified as president — introduced a bill on Monday that he says is about promoting people’s love of America. 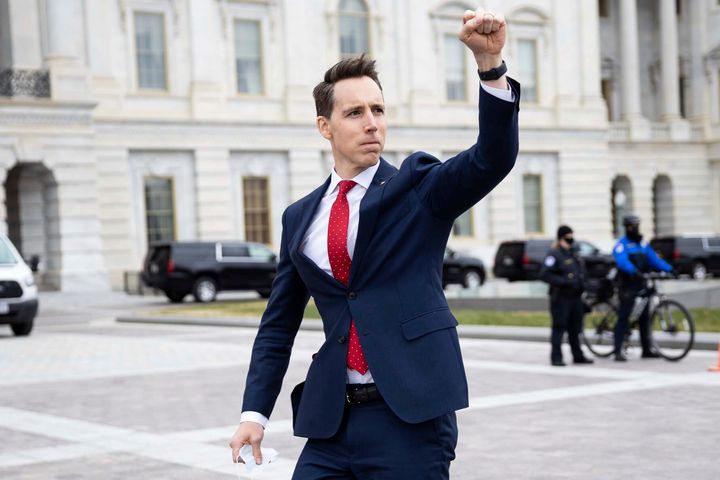 The Love America Act would “promote patriotism in education” by not allowing federal money to go to any public schools that teach students how white supremacy or racism played a role in the founding of the United States. It would also require schools that receive federal dollars to ensure that students read and recite portions of the Declaration of Independence, the Constitution, and the Pledge of Allegiance at specific grade levels.

“We cannot afford for our children to lose faith in the noble ideals this country was founded on,” Hawley said in a statement. “We have to make sure that our children understand what makes this country great, the ideals of hope and promise our Founding Fathers fought for, and the love of country that unites us all.”

Hawley was one of 147 Republicans who rejected American democracy on Jan. 6 by voting to overturn the results of the 2020 presidential election — a move that was based on the lie about voter fraud that fueled the insurrection in the first place. The attack that day resulted in more than 140 police officers being injured and another three deaths.

He was also one of 139 Republicans who later voted to block the creation of an independent, bipartisan commission to investigate what led to the insurrection and how to prevent such an attack from ever happening again.

And on July 4, he was one of the dozens of Republicans publicly celebrating the U.S. as “the greatest nation in the history of the world,” despite having previously lied to the American public to justify his vote against democracy.