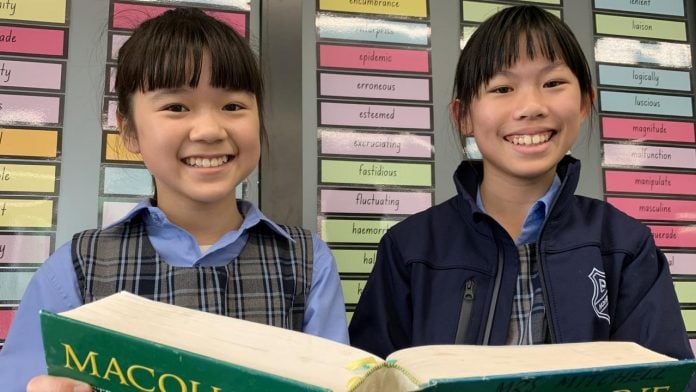 How do you spell success? Just ask Grace Lin, Year 5, and Patricia Wu, Year 6, who smashed the Prime Minister’s Spelling Bee with perfect scores in the NSW state final – and they did from the same suburban primary school. 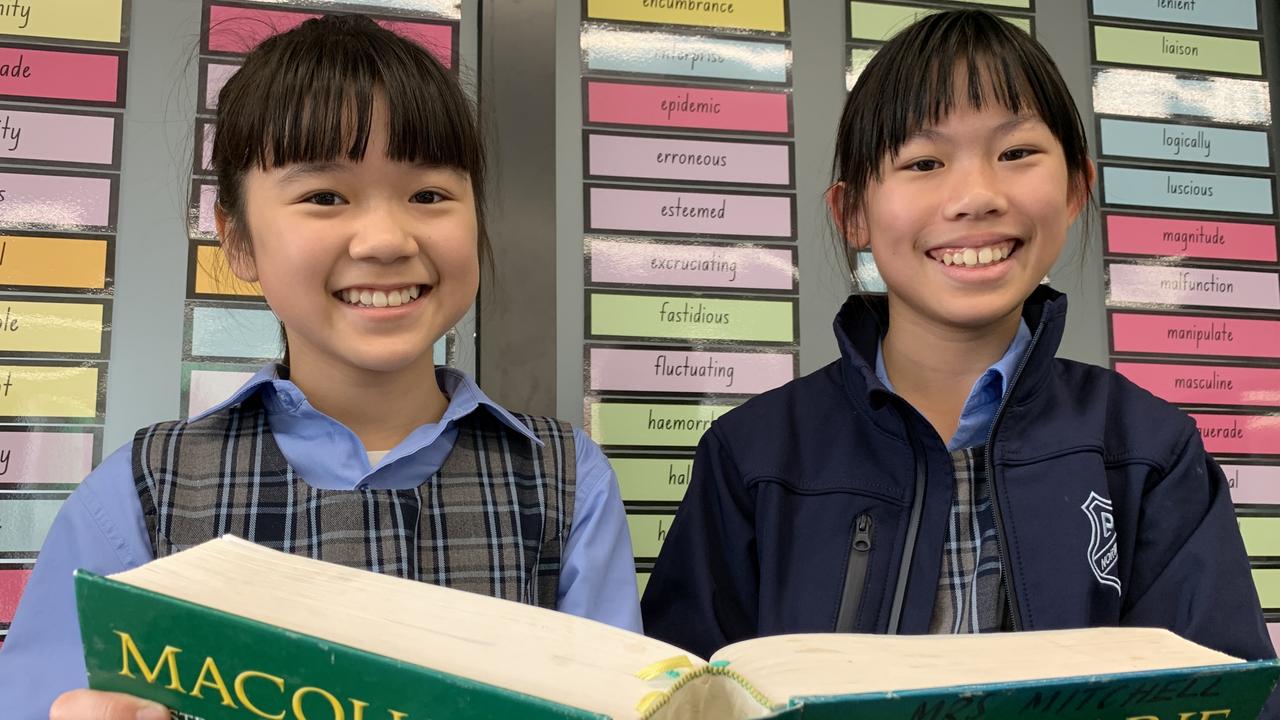 Despite feeling “pretty nervous”, Patricia, 11, kept a cool head by telling herself, “it was going to be all right”. The strategy paid off as she correctly spelled all 30 words dished up in the state final, including a couple that nearly brought her unstuck: ‘verbose’ and ‘cavil’.

“There were two ways to spell (them) that I could think of, and I had to choose,” she said. “I just listened to the pronunciation again and thought that one sounded more correct than the other.”

The avid reader will join fellow NSW students, including her North Rocks schoolmate, in the national final on May 27.

Grace’s teacher, Paula Mitchell, who has taught Patricia in the past, said, “the art of spelling is a critically important aspect of language development” and “the students have really enjoyed (the Bee).”

“(Grace and Patricia’s) enthusiasm for spelling is contagious, and their classmates are very happy for them too. We will be cheering for them both on May 27,” she said.

Grace, 9, turns 10 days before the final and said she felt “nervous but excited.”

“I’m just going to try as hard as I can and keep reviewing the words,” she said.

“Mrs. Mitchell helps me by setting weekly spelling with hard words, and it’s quite helpful.”

The NSW contingent will be among 66 students from around the country competing at the national final. Almost 21,000 students from 490 schools originally signed up for the Spelling Bee run by Kids News and News Corp Australia.

News Corp’s community ambassador and Herald and Weekly Times chairman Penny Fowler congratulated the state champs. The Spelling Bee is a key part of our commitment to helping boost childhood literacy, and it’s fantastic to see so many children embrace it with such enthusiasm and success,” she said. Federal Education Minister Alan Tudge said the Spelling Bee was a fun way for children to hone their spelling skills.