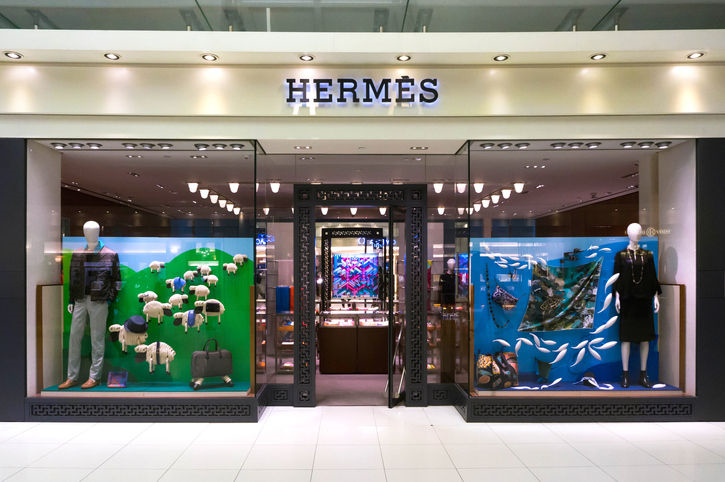 Hermès has long been synonymous with the word luxury, and for many, bags like the Birkin and the Kelly are the ultimate bags to procure for your collection, especially if it’s made from a rarer skin. Every Hermès product is individually crafted and hand-stitched, meaning it can take 40 hours to create a single product.

As many luxury handbag collectors will know, even on luxury brands, leather qualities can vary greatly. But when it comes to Hermès, no expense is spared. Each piece is made only from the finest quality materials; they’re even looking into producing vegan-friendly alternatives to their products. Here are some of the best leathers and skins Hermès currently use for their bags.

The original leather that Hermès used to create saddles, Barenia, is one of the highest quality leathers in the world made from a high-grade calfskin. The leather has a smooth exterior and just a hint of sheen, which exudes luxury and catches the light perfectly. Because of its original purpose, the leather is also highly hard-wearing making it a very appealing choice. It’s wholly scratch-resistant and has oil-absorbing properties, making it water-resistant; ideal for UK weather. The leather also requires a precise tanning process which is only known by very few people in the world. Mainly used on small leather goods and even used for an Apple watch strap, a few Birkins spotted have been made from this material, and it’s a solid choice for a first-time Hermès purchase.

Another popular leather used by Hermès is the Epsom. Made using a man-made embossing technique, it’s finished in a similar way to that on a Chanel caviar flap bag. It’s lightweight, easily wiped clean, and is usually popular amongst travelers as the embossed, laminated effect hides any significant scratches.

Another grain-effect leather, this product is heavier than usual and is typically used on bags with less structure like the Picotin, though it has been used on the Birkin for those who want something a little different. It’s worth noting, though, that despite its weight and grainy texture, it doesn’t fare well in the rain and isn’t waterproof.

Sourced in, you guessed it, the heart of Chamonix, this leather is very similar to the box calf. However, this will give a more matte finish. It almost feels like plastic, without feeling cheap, and is a better alternative to the box calf if you’re looking for something a little more durable with a similar effect.

The more affordable of the two crocodile options is the Hermès Niloticus, sourced in the Nile river areas; the skin is available in a shinier and matte effect and is sure to dazzle anyone who comes near to it. The scales are more significant than those of the other crocodile skin from Hermès, the Porosus, and 0ne exciting thing to note about this highly desirable skin is that it doesn’t react well to water despite its origins. However, it is pretty durable elsewhere and is scratch-resistant.