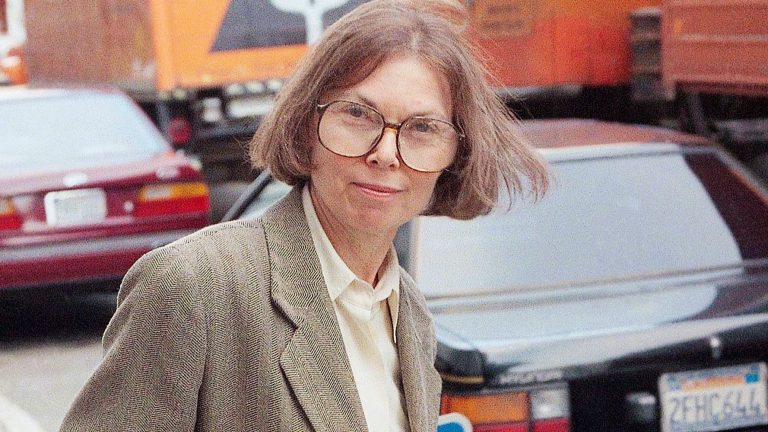 Famed journalist Janet Malcolm died Wednesday at 86, with many of her friends, fans, and former colleagues honoring her legacy in social media posts.

Malcolm’s daughter, Anne Malcolm, told The New York Times that her mother died in a hospital in Manhattan, New York, due to lung cancer. An esteemed staff writer for The New Yorker for more than five decades, Malcolm was widely regarded for her books “Psychoanalysis: The Impossible Profession” (1981), “In the Freud Archives” (1984), “The Journalist and the Murderer” (1990), “The Silent Woman” (1993) and many more. She was often lauded and criticized for her sharp, acerbic commentary on everyone, from MSNBC host Rachel Maddow to designer Eileen Fisher, author Sylvia Plath, and poet Ted Hughes.

Her New Yorker debut came in 1963 when the magazine published her poem “Thoughts on Living in a Shaker House.”

The Guardian described Malcolm in 2011 as someone with “a kind of x-ray vision, the power to see through people’s pretensions.” The New York Times in 2019 called her a writer “uncommonly concerned with finding a form that delivers the force of the story she is telling.”

New Yorker editor David Remnick wrote a note on the publication’s website about Malcolm’s death, calling her a “dear friend” who was “immensely kind, full of scrupulous self-questioning about all acts of definitive judgment.”

Born in Prague in 1934 as Jana Wienerová, she emigrated from Czechoslovakia in 1939 with her family and resided in Flatbush, Brooklyn, before moving to Yorkville in Manhattan. Malcolm ­attended the High School of Music and Art and the University of Michigan. Per The Paris Review, “it was there where she began writing for the school paper, The Michigan Daily, and the humor magazine, The Gargoyle, which she later edited.”

Malcolm married twice. Her first husband, Donald Malcolm, was a fellow New Yorker contributor; the pair lived in Washington, D.C., and then returned to New York. Their daughter, Anne, was born in 1963.

After separating from Donald, Janet Malcolm would marry her New Yorker editor, Gardner Botsford, in 1975. He died in 2004 at age 87.

Malcolm is survived by her daughter and her sister, journalist Marie Winn.

Following the news of her death, many fellow New Yorker contributors shared their feelings about the late writer, as did fans and writers elsewhere: