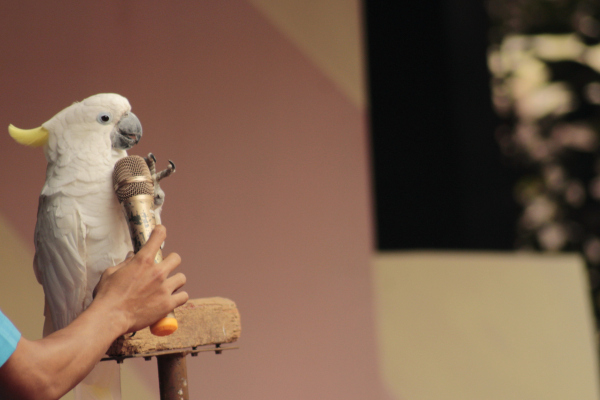 Unlike in other years, this year’s Microsoft Build developer conference is not packed with huge surprises — but there’s one announcement that will surely make developers’ ears perk up: The company is now using OpenAI’s massive GPT-3 natural language model in its no-code/low-code Power Apps service to translate spoken text into code in its recently announced Power Fx language.

Now don’t get carried away. You’re not going to develop the next TikTok while only using natural language. Instead, what Microsoft is doing here is taking some of the low-code aspects of a tool like Power Apps and using AI to essentially turn those into no-code experiences, too. For now, the focus here is on Power Apps formulas, which despite the low-code nature of the service, is something you’ll have to write sooner or later if you want to build an app of any sophistication.

“Using an advanced AI model like this can help our low-code tools become even more widely available to an even bigger audience by truly becoming what we call no code,” said Charles Lamanna, corporate vice president for Microsoft’s low-code application platform.

In practice, this looks like the citizen programmer writing “find products where the name starts with ‘kids’ ” — and Power Apps then rendering that as “Filter(‘BC Orders’ Left(‘Product Name’,4)=” Kids”)”. Because Microsoft is an investor in OpenAI, it’s no surprise the company chose its model to power this experience.

It’s important to note that while this makes programming more accessible, Microsoft itself stresses that users still have to understand the logic of the application they are building. “The features don’t replace the need for a person to understand the code they are implementing but are designed to assist people learning the Power Fx programming language and help them choose the right formulas to get the result they need. That can dramatically expand access to more advanced app building and more rapidly train people to use common code tools,” the company explains in today’s announcement.

The long-term promise here, though, is for tools like this to become more intelligent over time and handle more complicated programming tasks. But that’s a big step up from what is essentially a translation problem, though. More complex queries require more of an understanding of a program as a whole. For the most part, a formula is a pretty self-contained statement, but a similar model that could generate “real” code would have to contend with a lot more context. These new features will go live in public preview in English to users in North America by the end of June.