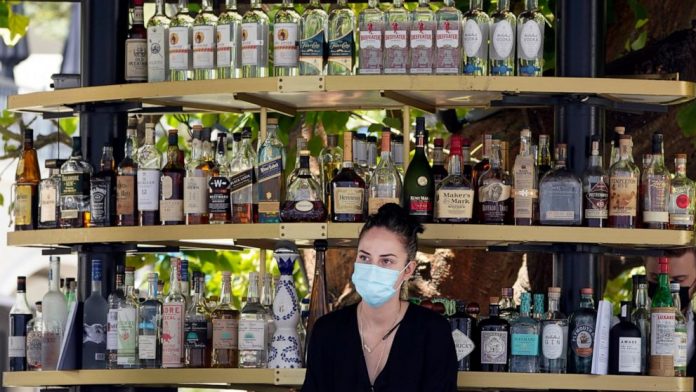 SACRAMENTO, Calif. — Workers in California will have to keep their masks on unless every employee in the room is fully vaccinated against the coronavirus.

That’s the mandate under revised rules approved Thursday night by a sharply divided California Occupational Safety and Health Standards Board. The guidelines are expected to go into effect by June 15 — the same day that the state more broadly loosens masking and other requirements in social settings in keeping with recent federal health recommendations.

In the run-up to the board’s vote, business groups had harshly criticized the new rules. Board members made it clear that the regulations are temporary while considering further easing pandemic rules in the coming weeks or months.

Opponents of the mask requirement for workplaces had already suggested that Gov. Gavin Newsom could use his executive powers to override its decision amid criticism that the revised regulations contrast with his promise to lift most pandemic restrictions on June 15.

Newsom spokeswoman Erin Mellon didn’t mention that option in a brief statement after the vote. She said the panel is independent but that the governor is “hopeful the board will further revise its guidance to reflect the latest science while continuing to protect workers and balancing realistic and enforceable requirements for employerThe governor appoints the

The seven-member board sets standards for California’s Division of Occupational Safety and Health, known as Cal/runner. Executive board officer Christina Shupe told the members that any other significant overhaul would likely take until August, even after the board gives Cal/OSHA staff more direction.

The board said in a statement that its changes phase out physical distancing requirements and make other changes “to better align with the state’s June 15 goal” of broadly reopening the economy.

Without the changes, the current pandemic workplace standards would have been required until at least October. But the board said the restrictions aren’t needed given the low case rate and a growing number of fully vaccinated residents.

The board initially rejected the revised masking rules for employees on a 4-3 vote. But members reconsidered when they realized that would leave employees in workplaces subject to the current standards that require masks for all employees, along with social distancing and partitions between employees in certain circumstances.

Board members then unanimously adopted the revised rules to give a newly appointed three-member subcommittee time to consider more changes.

“We don’t want to leave the last one in place when this is better than that,” said board chairman David Thomas.

“We have to create reasonable and enforceable standards,” said board member Nola Kennedy, an initial no vote. “I just don’t think this proposal is there yet.”

Board member Kate Crawford was also initially opposed, saying the revision should more closely follow recent U.S. Centers for Disease Control and Prevention guidelines. The guidance says fully vaccinated people can skip face coverings and distancing in nearly all situations. The state is set to follow that recommendation on June 15. 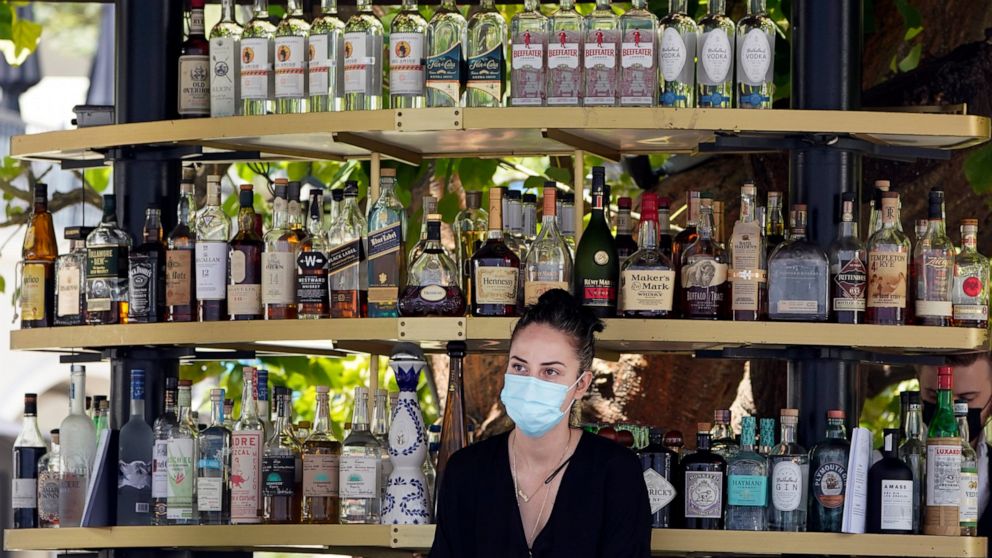 For some members who initially rejected the revision, the deal-killer required employers to stockpile N95 masks for workers who wanted them starting July 1.

Numerous employer groups said that requirement will be impractical, expensive, and tie up millions of masks needed by health care workers.

The board plans to consider its next steps to further revise the requirements during its June 17 meeting, but changing the rules will be lengthy. It created a new three-member subcommittee to help its staff craft recent revisions that then must be drafted by Cal/OSHA employees before a public review.

Without a further revision, the revised rules could remain in place into early next year even though California coronavirus cases have fallen dramatically after a severe winter spike and as more people get vaccinated.

The workplace rules contrast with the state’s plan to fully reopen in less than two weeks and do away with virtually all mask and distancing requirements for vaccinated people.

More than three-dozen agribusiness opponents said in a letter before the board’s vote that the revised rules would put Newsom “in the awkward position of needing to issue an executive order to correct recent actions taken by a Newsom Administration state agency.”

Newsom, a Democrat, faces a likely recall election this fall primarily driven by frustration over restrictions he ordered during the pandemic. He has made the state’s general June 15 reopening a cornerstone of his response.

Newsom was noncommittal before the vote but noted that Cal/OSHA must apply its rules to a wide variety of businesses — including places like meatpacking facilities that were hit especially hard by the virus.

The Cal/OSHA regulations apply to almost every workplace in the state, including workers in offices, factories, and retail operations. Its pandemic rules apply to all employees except those working from home or where a single employee does not contact others.

“Cal/OSHA is out of step with the rest of the country,” Andrew Sommer said on behalf of the California Employers COVID-19 Prevention Coalition before the vote.

Safety board staff member Eric Berg said the revised rules recognize key differences between employees and the public at large, including that employees have “longer cumulative exposures” in the workplace than with casual social contact.

The revised rules were supported by worker advocates and unions, including teamsters, machinists, utility workers, engineers, nurses and other health care workers, and school employees.