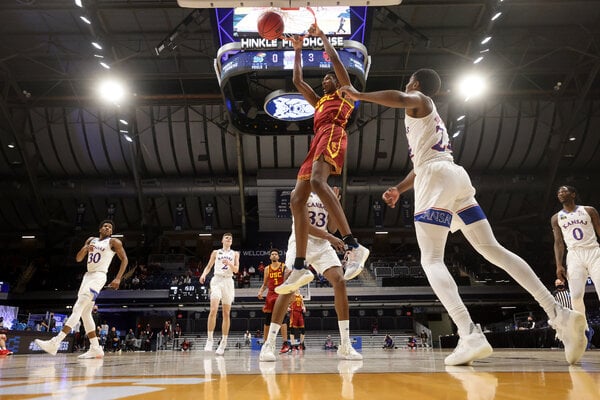 South Dakota scored just 1 point in the second quarter and 9 points in the first half. Credit…Carmen Mandato/Getty Images With an abysmal 1 issue in its second-quarter against Oregon in the first round of the women’s tournament, South Dakota set an N.C.A.A. tournament record on Monday night — not a good one.

According to the organization’s records, one is now the fewest number of points scored by a team in a quarter since the N.C.A.A. switched from 20-minute halves to 10-minute quarters for the 2016 season. Before Monday night, there was a three-way tie for 2 points in a quarter: Hampton in 2017, Georgia in 2018, and Little Rock in 2019.

South Dakota missed all 21 of its shots in the second quarter. The 1 point? A free throw was made by center Hannah Sjerven with four seconds left on the clock.

The Coyotes were among the lowest scorers in a half of a tournament game, with 9 for the first half. According to the duplicate N.C.A.A. records, the most inferior scoring half was 8 points, set by Prairie View in the first half of a game against Baylor in 2011. Luckily, South Dakota escaped the lowest-points-ever territory in the third quarter; by the middle of the fourth, they even dented Oregon’s early lead. Not enough — the Ducks won easily, 67-47.