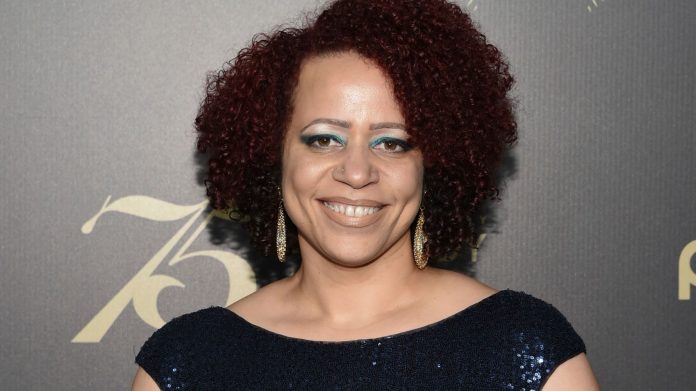 Nikole Hannah-Jones, Pulitzer​-winning journalist and creator of the “1619 Project,” has turned down a tenured position at the University of North Carolina and will be accepting a role at Howard University instead.

Hannah-Jones, who will become a tenured faculty member at the historically Black university’s Cathy Hughes School of Communications, made the announcement Tuesday during an interview with Gayle King on “CBS This Morning.” The UNC alumna will take on the inaugural Knight Chair in Race and Journalism role and begin her faculty role this summer.

Hannah-Jones will also lead the university’s newly created Center for Journalism and Democracy, which will train the next generation of Black journalists in investigative and foundational journalism skills. The center will seek to work with other journalism programs at HBCUs across the country, critical when historical facts surrounding race are actively being suppressed.

“We are at a critical juncture in our democracy, and yet our press does not reflect the nation it serves and too often struggles to grasp the danger for our country as we see growing attacks on free speech and the fundamental right to vote,” Hannah-Jones said in a statement. “In the storied tradition of the Black press, the Center for Journalism and Democracy will help produce journalists capable of accurately and urgently covering the challenges of our democracy with a clarity, skepticism, rigor, and historical dexterity that is too often missing from today’s journalism.”

Ta-Nehisi Coates, a former correspondent for The Atlantic, will also join the faculty at the HBCU, which he attended in the ’90s. Coates will become the Sterling Brown Chair in the Department of English at the university’s College of Arts and Sciences.

“As our news and information rapidly change, the media must do more to diversify the ranks of newsroom decision-makers who determine the stories that are told,” Darren Walker, president of the Ford Foundation, said in a statement. “We believe the establishment of this center at Howard University will play a critical role in helping to advance this important public interest objective.”

Members of the UNC Hussman School of Journalism and Media faculty said in a statement they were “disappointed, but not surprised” at Hannah-Jones’ decision to turn down the school’s offer.

While disappointed, we are not surprised. We support Ms. Hannah-Jones’s choice. The appalling treatment of one of our nation’s most-decorated journalists by her own alma mater was humiliating, inappropriate, and unjust.

We will be frank: it was racist.

Our school highly regards Ms. Hannah-Jones’s work, ability, and achievements. We regret that the top echelons of leadership at UNC-Chapel Hill failed to follow established processes, did not conduct themselves professionally and transparently, and created a crisis that shamed our institution, all because of Ms Hannah-Jones’s honest accounting of America’s racial history.  It is understandable why Ms. Hannah-Jones would take her brilliance elsewhere.

Coates and Hannah-Jones are both recipients of the MacArthur “genius” grant, a prestigious five-year fellowship awarded to those “who show exceptional creativity in their work,” according to the MacArthur Foundation website.

“Having two MacArthur fellows hired at the same time speaks to where we’re headed and what we want to expose our students and faculty members too,” Howard University President Wayne A.I. Frederick told HuffPost. “At this point in time in particular, where we have to be providing solutions to our nation’s problems in the form of core values, it’s giving [our students] the best and maximum exposure.”

Last week, UNC’s board of trustees voted 9-4 to grant tenure to Hannah-Jones. UNC had previously offered the journalist — who was named as the Knight Chair in Race and Investigative Journalism at the university — a five-year fixed-term contract, breaking with the recommendation of the faculty and the recent history of granting tenure to other Knight Chairs. The board’s initial inaction on her tenure case raised concerns about being discriminated against and ignited a backlash on campus and across the country.

“I had no desire to bring turmoil or a political firestorm to the university that I love, but I am obligated to fight back against a wave of anti-democratic suppression that seeks to prohibit the free exchange of ideas, Black silence voices and chill free speech,” Hannah-Jones said in a statement in June.