Popstar Billie Eilish not only turned heads at this year’s Met Gala in a stunning Oscar de la Renta gown. She also turned the famed fashion house’s stance on fur. 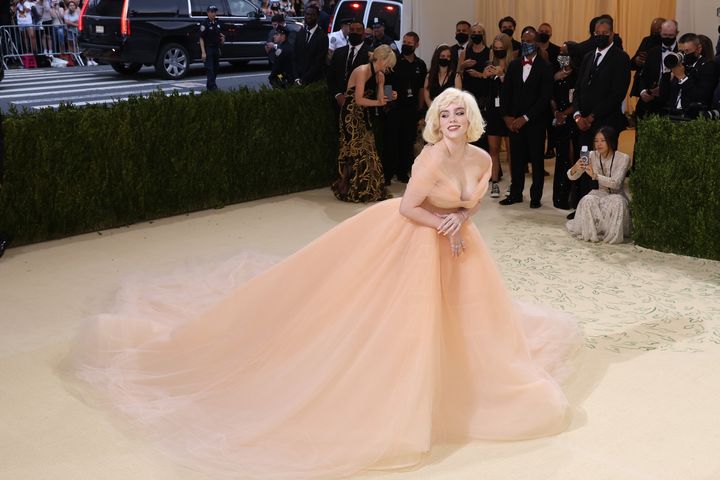 Oscar de la Renta has reportedly agreed to drop future fur sales as part of a deal with the singer-songwriter that saw her don a custom peach tulle ballgown by the iconic brand at Monday’s star-studded event.

“It was an honor to wear this dress knowing that going forward, oscar de la Renta will be completely fur-free!!!!” the “everything I wanted” vegan singer posted on Instagram late Monday. “I’m honored to have been a catalyst and to have been heard on this matter. I urge all designers to do the same.”

Eilish, who at age 19 served as the youngest-ever co-chair of the New York fashion benefit, managed to sway the fashion house after it was informed by her team that she refuses to work with companies in the fur business, The New York Times reported.

Alex Bolen, Oscar de la Renta’s chief executive, told the Times he had resisted similar urgings against fur from his wife, creative directors, and mother-in-law Annette de la Renta, Oscar’s widow. Eilish’s opposition, he said, reminded him to listen to what younger people have to say.

“I thought a lot about what Oscar said — he was a big fan of fur, by the way — that the one thing he really worried about in the fashion business was his eye getting old,” Bolen told The Times. “I have to surround myself with people with different points of view.”

The company announced last month through anti-fur organizations that it would no longer be selling fur products. The brand said its fur contractor license would end next month, and “no new products that use fur and bear the Oscar de la Renta trademark will be offered for sale,” the Coalition to Abolish the Fur Trade reported.

Buy Red iphone Now and Feel Like a Boss

Buy Red iphone Now and Feel Like a Boss