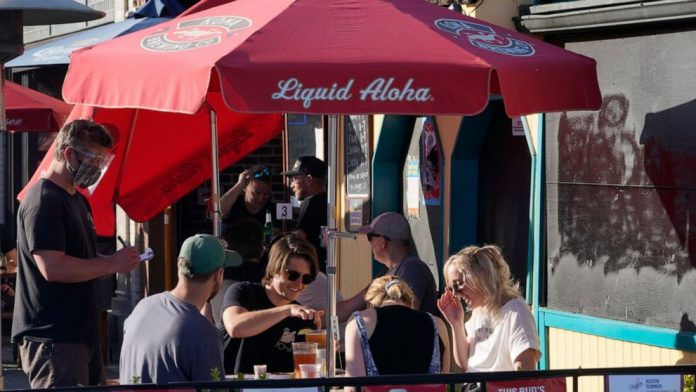 NEW YORK — Thousands of restaurants and bars decimated by the COVID-19 outbreak have a better chance at survival as the government begins handing out $28.6 billion in grants ¬— money to help these small businesses stay afloat. At the same time, they wait for customers to return.

Laurie Thomas is applying for grants for her two San Francisco restaurants that have closed and reopened several times as coronavirus cases surged and declined; she’s still at just 50% of capacity. Rose’s Cafe and Terzo are operating at a loss, but grant money will help them stay open. “This allows you to go back to February 2020 and apply these funds to help pay down debt, catch up on past due rent, etc.,” she says. 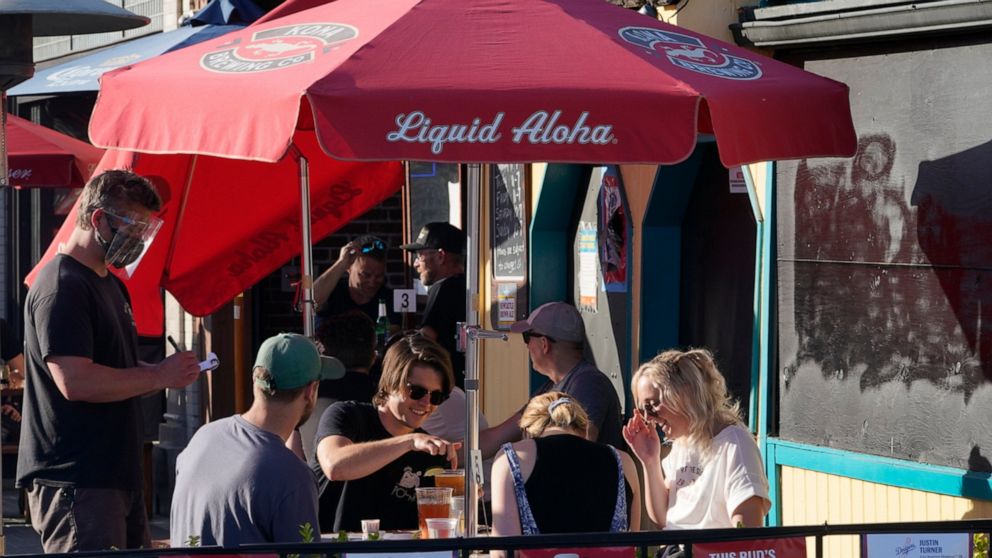 The Small Business Administration is accepting applications for grants from the Restaurant Revitalization Fund as of Monday. For the first three weeks, only applications from majority-owned restaurants by women, veterans, and “socially and economically disadvantaged” applicants will be processed and paid out, although any restaurant can apply. After that, grants will be funded in the order that they’ve been approved by the SBA.

The grants, up to a maximum of $10 million, aim to replace lost revenue at restaurant companies with up to 20 locations. Businesses with more than one restaurant can get up to $5 million per location, but each applicant is limited to a total of $10 million in funds.

Grant money is in addition to Paycheck Protection Program loans that have helped Thomas and other restaurant owners pay their staffers. “They have been a huge savior for us, but it’s not enough to ensure we’re going to survive,” Thomas says of her two PPP loans. The restaurant industry has been among the hardest hit by the pandemic. The National Restaurant Association estimates the industry has lost $270 billion since the start of the pandemic. More than 110,000 restaurants shut down long-term or permanently, and 2.5 million jobs have been lost.

Restaurants will remain vulnerable as long as people are uneasy about contracting the virus and as long as business and leisure travel remains depressed, says Sean Kennedy, an executive vice president at the restaurant association.

The grant program is “an incredible first step that is going to help tens of thousands of restaurants,” Kennedy says. If the $28.6 billion is quickly depleted, the industry group will ask Congress to approve more funds for grants, he says. A donation would give Sara Bradley money toward operating costs and allow her to have her restaurant painted and landscaped — upkeep that went by the wayside as revenue plunged by half in the past year. “It was more important to keep our employees paid than put a fresh coat of paint on the walls,” says Bradley, owner of Freight House in Paducah, Kentucky.

The money would help support the restaurant while Bradley waits for state officials to lift restrictions on capacity; currently, restaurants can only have 60% of their usual number of customers and staffers. It would help defray costs that have risen sharply amid the pandemic — supplies as mundane as gloves for food preparation have doubled, even tripled in price. Freight House badly needs a new computer, but Bradley has held off buying one instead of putting the money toward giving staffers raises.

The grants appeal to restaurant owners who didn’t get PPP money because they were concerned about possibly paying back loans, says David Lopez, president of the Greater Kansas City Restaurant Association.

“It took a lot of faith to jump in and do that when you already have your back pressed up against the wall,” says Lopez, who’s also the general manager of Manny’s Mexican Restaurant. The family-owned business has fared relatively well through the pandemic, with revenue currently down 15% to 20%, compared to the more than 50% drop that many restaurants have suffered. Lopez attributes that in part to the loyalty the 41-year-old restaurant has fostered with its customers.

“The new restaurants that maybe started before the pandemic occurred are the places that are really being hurt. Margins are thin enough as it this, even without the pandemic,” he says.

Grant money would help the owners of Sac’s Place pay back rent to their landlord and outstanding bills to vendors. And, co-owner Domenico Sacramone says, restore menus, so they offer the variety of dishes they had pre-pandemic. We were working on bare minimums. We’re going to fully restock the place,” says Sacramone, whose restaurant is located in New

York City’s Astoria neighborhood. The restaurant has been shut down twice amid the pandemic. It has survived because of PPP loans that went toward payroll, rent concessions, and its already strong takeout and delivery business. Without a grant, Sacramone isn’t sure how he would pay the restaurant’s creditors. “We’re not looking for a lot, just to get us over the hump and help us be where we were before the pandemic started,” he says.