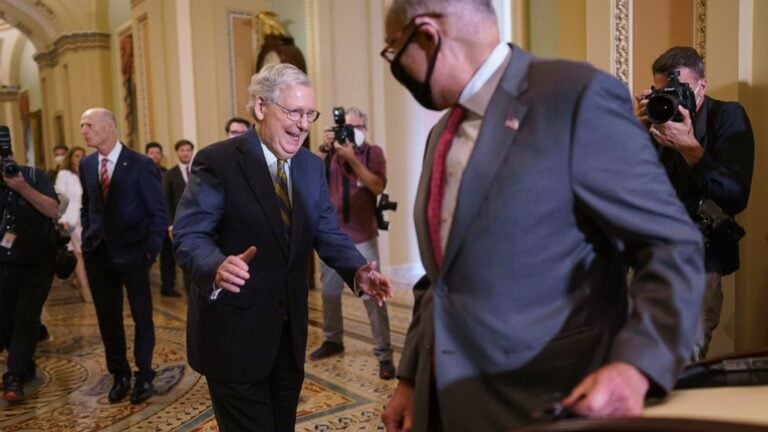 WASHINGTON — Edging toward a vote, senators convened Saturday for a second consecutive weekend session on the bipartisan infrastructure bill, and passage of the $1 trillion packages could wrap up quickly or drag on for days if opponents try to slow President Joe Biden’s big priority. 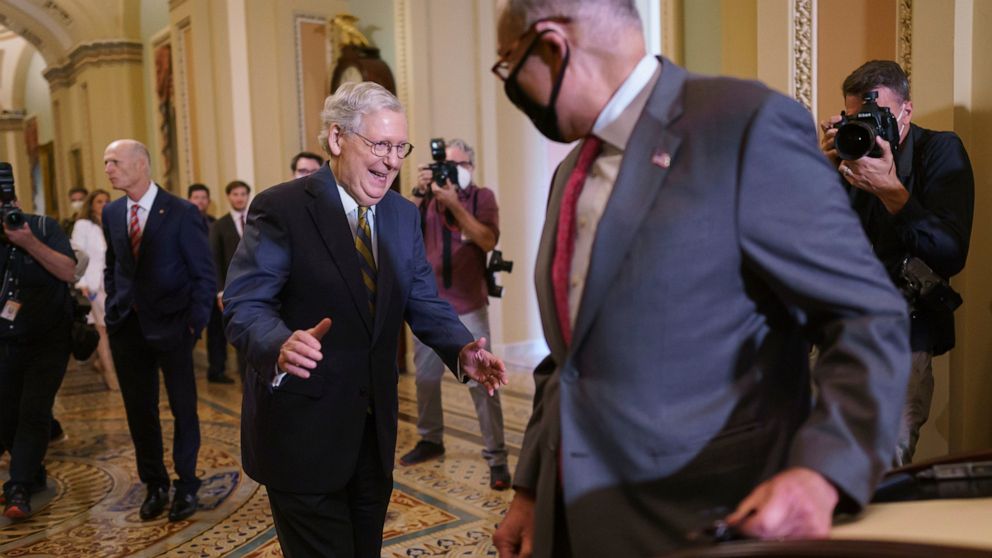 We can get this done the easy way or the hard way,” Senate Majority Leader Chuck Schumer, D-N.Y., said as the Senate opened. He said he would keep senators in session until they finished the bill and sent it to the House.

Vice President Kamala Harris was expected to be on Capitol Hill for afternoon meetings on the legislation, which Biden said offered a potentially “historic investment,” on par with the building of the transcontinental railroad or interstate highway system.

The Senate appeared on track to approve the bill, despite days of fits and starts.

At noon, senators planned to see whether they could reach a crucial 60-vote hurdle to determine whether the tenuous alliance between Republicans and Democrats could hold on to the public works package. Ten Republicans would have to join all Democrats to advance the measure past a filibuster; more votes would follow.

Senate Republican leader Mitch McConnell of Kentucky has allowed the bill to progress, and his vote will be one to watch. “This is a compromise,” he said Saturday, signaling potential support.

The Infrastructure Investment and Jobs Act is the first part of Biden’s infrastructure agenda. It would inject $550 billion of new spending over the next five years on roads, bridges, waterworks, broadband, and other projects to virtually every corner of the nation.

For senators who have been slogging through debate — and months of give-and-take negotiations — it’s a chance not only to send federal dollars to their states but also to show the country that Congress can work together in a bipartisan way to solve problems.

Sen. Lisa Murkowski, R-Alaska, said the needs in her state were obvious — including money for water systems in remote villages without running taps for handwashing during the COVID-19 pandemic. But as one of the negotiators, she also wants to demonstrate that lawmakers can unite.

“I’m apprehensive that everybody believes that we’re as dysfunctional as we appear to be, and so to prove otherwise, it’s kind of important,” she said. “The Senate needs some demonstrated acts of bipartisanship.”

The weekend action comes as Congress is under pressure to gain the president’s infrastructure priorities — first with the bipartisan bill. Then Democrats’ more sweeping $3.5 trillion budget blueprint they plan to shoulder on their own.

If senators wrap up work on the bipartisan bill, they immediately will turn to the much more partisan undertaking on Biden’s agenda, the outline for the $3.5 trillion proposals. That plan would provide billions in what the White House calls human infrastructure — child care support, home health care, education, and other expenditures that are Democratic priorities that Republicans have pledged to reject. Debate on that will extend into the fall.

For some Republicans, that back-to-back voting schedule is what they are trying to delay, hoping to slow or halt what appears to be a forward march by Democrats to make gains on the president’s infrastructure goals.