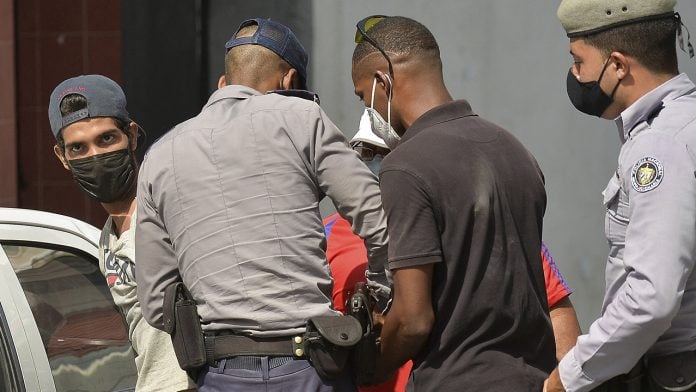 The U.S. State Department was criticized Sunday over a tweet that tied the historic protests that broke out in Cuba to COVID-19 concerns in the country where people have been living under communism for decades.

Julie Chung, the acting assistant secretary for the department’s Bureau of Western Hemisphere Affairs, posted, “Peaceful protests are growing in Cuba as the Cuban people exercise their right to peaceful assembly to express concern about rising COVID case/deaths & medicine shortage. We commend the numerous efforts of the Cuban people mobilizing donations to help neighbors.”

Chung’s Twitter bio says that tweets from her are signed with a “JC.” The tweet in question did not carry her initials. The State Department did not immediately respond to Fox News for clarification.

Reports out of the country said protesters chanted “Freedom,” “Enough,” and “We Want Liberty.” Critics say the COVID-19 crisis seems to be on the periphery of the country’s discontent.

Cuba is going through its worst economic crisis in decades, along with a resurgence of coronavirus cases, as it suffers the consequences of U.S. sanctions imposed by the Trump administration.

“People in Cuba are protesting 62 years of socialism, lies, tyranny & misery not “expressing concern about rising COVID cases/deaths,” he tweeted. “Why is it so hard for @potus & the people in his administration to say that?”

Jake Sullivan, the White House national security adviser, attached the Chung tweet to his post stating that the U.S. “supports freedom of expression and assembly across Cuba, and would strongly condemn any violence or targeting of peaceful protesters who are exercising their universal right.”

Chung’s account later posted about concern at the State Department over “calls to combat” in Cuba.

“We stand by the Cuban people’s right for peaceful assembly,” she posted. “We call for calm and condemn any violence.”

The Associated Press contributed to this report