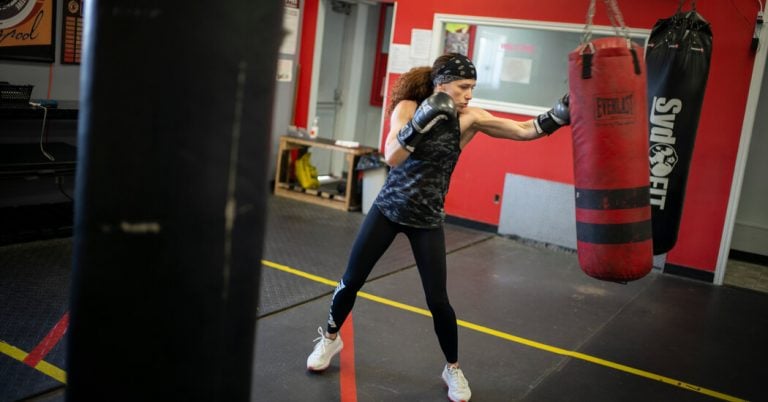 The Tokyo Olympics, already upended because of the coronavirus pandemic, which prompted a yearlong delay and heavy restrictions, is preparing for events in some sports to take place without the best athletes possible.

Numerous qualifying events have been canceled because of safety concerns, raising competitive questions similar to when major sporting events are shortened by strikes and other unusual circumstances.

Few sports have been as disrupted as much as boxing, which was in disarray before the pandemic. In 2019, the International Olympic Committee suspended the International Boxing Association, or AIBA, because of judging scandals, ethics violations, and allegations of corruption in the organization’s top ranks.

The I.O.C. formed a boxing task force to run the Olympic qualifying events instead of AIBA, but the pandemic also threw some of those competitions into flux.

The European event was halted on its third day in March 2020 and was eventually completed this month. The tournament for boxers in the Americas was also postponed in 2020 but was fully canceled this year. The final qualifying competition for fighters who failed to earn spots in their continental tournaments was also canceled.

To make up for the canceled events, the task force decided to use the rankings at tournaments as far back as 2017, from events initially designed to determine seedings, to fill these open slots.

Unintentionally or not, the I.O.C. created an uneven playing field, with some boxers fighting their way in last year, others qualifying based on their success from a few years ago, and hundreds more unable to earn a spot in Tokyo because they did not participate in tournaments that retroactively became qualifying events.

“A fundamental premise about selection procedures is that they are published in advance and followed, so athletes have a chance to qualify,” said Jeffrey Benz, the former general counsel of the United States Olympic Committee. “It sounds like here they have taken away chances for boxers by looking backward at other events out of administrative convenience.”

In boxing, though, the qualifying rules were changed after some tournaments had been completed, creating different conditions for boxers on other continents. Thus far, 173 fighters have filled the 286 slots at the Tokyo Games by winning bouts at qualifying events. Another 102 have earned a trip because of their rankings based on past tournaments. The remaining spots will be given to Japan as the host nation or awarded with wild cards.

The I.O.C.’s director of sports, Kit McConnell, said the boxing task force, created in June 2019 after the I.O.C. decertified AIBA, had to make the most of a bad situation. Turning the seeding rankings into a qualifying system was the best option because it was in place before the pandemic and was generally well-received, he said. It was unavoidable, he added, that any system introduced to work around the pandemic would benefit some athletes and hurt others.

“We know that changing from one process to another always means that some people gain and other people may not,” McConnell said. “Naturally, you’ve got an imbalance in the qualification process. But you can only deal with the reality of what’s happening.” Still, the process has dashed Tokyo’s dreams for many boxers, including Delfine Persoon, a professional fighter and one of the world’s top lightweights. Persoon, 36, a Belgian, was excited to fight for a medal in the Tokyo Games, the first to include female professional fighters.

But in February, the boxing task force canceled the last world qualifier reserved for boxers who did not qualify in continental tournaments. The spots were filled based on the results of major championships and Olympic qualifiers from 2017 to 2021.

Persoon was out of luck. She contracted the coronavirus at the European qualifier in 2020 and lost her opening match without knowing she was ill at the time. And because the Belgian boxing federation did not let professionals fight in amateur championships through 2019, Persoon did not have enough points to qualify for the Tokyo Games.

“It’s discrimination against professional fighters,” she said. “We are not in the amateur rankings, so we don’t have a chance to win a ticket” to Tokyo.

Javier Ibanez Diaz and Yordan Hernandez of Cuba made even larger sacrifices. They moved 6,000 miles from their homeland to Bulgaria, where they became citizens because they believed it would improve their chances of qualifying for the Olympics. But the Youth Olympic and world junior champions had to wait three years before they could represent their adopted country in international competitions, so they missed the tournaments whose rankings are now being used to determine who goes to Tokyo. And while they are now eligible to fight for Bulgaria, the last qualifying tournament has been canceled.