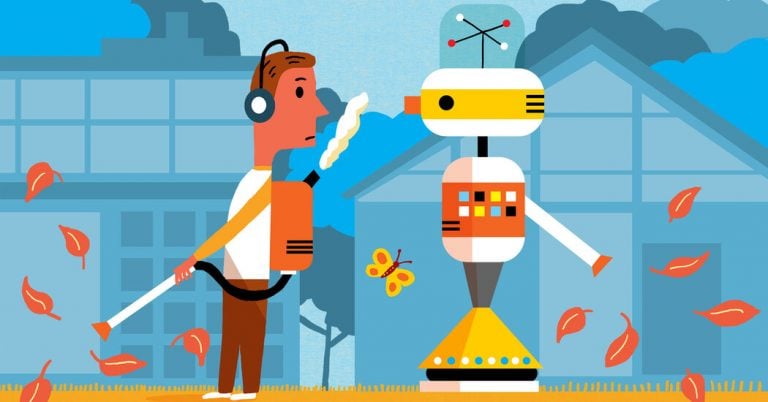 This article is part of our new series, Currents, which examines how rapid advances in technology are transforming our lives. Even before last winter’s snow had fully melted, the roar of leaf blowers began to punctuate the quiet of many towns, renewing noise battles that had only intensified as more people worked from home. 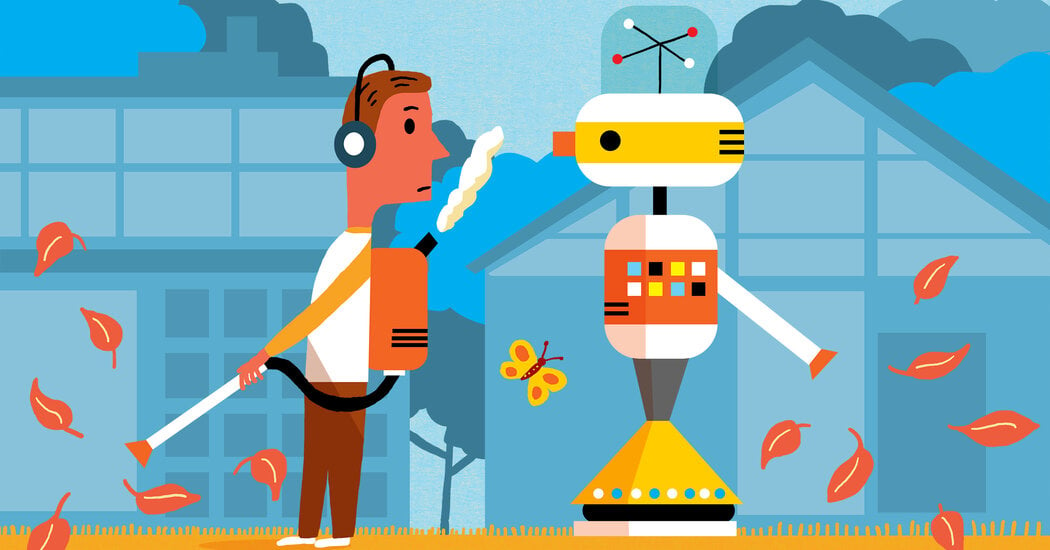 Leaf blowers are not just loud. The small gas-power machines, subject to less-restrictive federal regulation than cars and trucks, release large amounts of pollutants into the air.

But Jamie Banks, the president of Quiet Communities, a nonprofit based in Lincoln, Mass., said it’s not a one-machine issue. “If you just focus on leaf blowers, it trivializes the whole problem. It’s really the prevalent use of all polluting, fossil-fuel-powered equipment that is at issue,” she said. “And, of course, it’s very noisy, too.

Ms. Banks, whose organization promotes cleaner equipment to maintain green spaces, was the primary author of a 2015 report for the Environmental Protection Agency on the hazards of gas-power equipment.

According to California’s Air Resources Board, operating a commercial lawn mower for just one hour emits as much pollution as driving a Toyota Camry about 300 miles to put the problem in perspective. One hour of operation for a commercial leaf blower emits pollution comparable to driving a Camry about 1,100 miles.

Change maybe, well, in the air. Technological advancements, including equipment that relies solely on longer-lasting lithium batteries, reduce emissions and lower the noise levels of leaf blowers, lawnmowers, and even chain saws. New and traditional manufacturers are offering electric as well robotic equipment for the home and commercial markets.