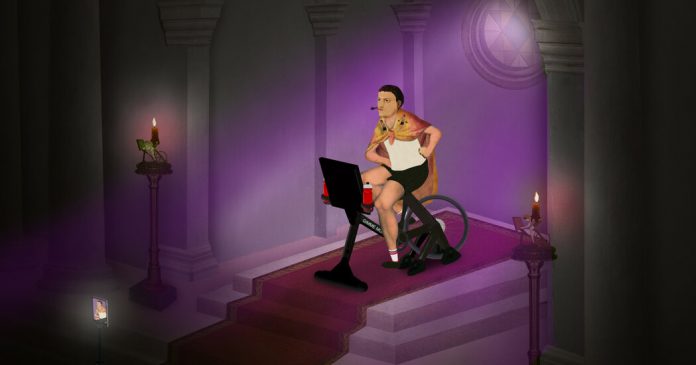 Before I met Cody Rigsby, I thought Peloton, the bourgeois exercise bike company that employs him, was about slavish devotion to a techno-religious sect. I didn’t realize that it could also be about celebrities, accessories, and the reimagining of the high school social hierarchy. Suddenly I was interested. I dislike exercise, so when I do it, I want my brain to feel as anesthetized as possible. And after I signed up for Peloton’s 30-day free trial of virtual content and hopped on the dusty Schwinn in my in-laws’ basement, I was zonked. 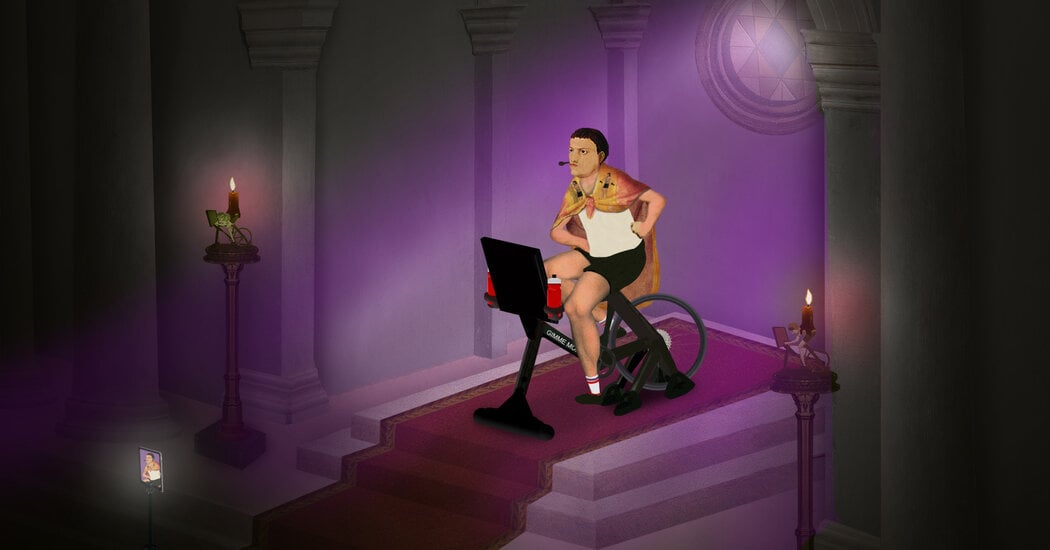 Logging on to one of Rigsby’s sessions feels like syncing up with a human iPhone, constantly swiping toward some new distraction. It keeps me just stimulated enough to alleviate the monotony and discomfort of exercise without prompting me to do any of my own mental work. Peloton is known for selling its ludicrously expensive bikes, but you don’t have to buy one to stream its classes. The company’s more significant offering is this: the total duration of the mind.

Exercise-as-entertainment is an American institution. See Jack LaLanne, Richard Simmons, “The Biggest Loser.” The fitness guru’s sphere of influence has typically been centered on the body, with some wiggle room for related self-help psychobabble and musical appreciation. Now Peloton, which pumps out dozens of streaming classes a day, has introduced topicality and specificity to the genre. The company offers rides themed around Black History Month, Women’s History Month, and the life philosophy of the television producer Shonda Rhimes.

In the extended Peloton universe, which besides the spinning classes, also includes guided meditations, stretches, strength training, and more, the instructors have carved out their own microgenres. The luminescent Ally Love is the queen of seated choreography. Jess King has developed a series she calls “The Jess King Experience,” incorporating campy costumes, dramatic camera angles, a DJ sidekick, and extreme drama-kid vibes.

And Rigsby has the energy of a messy podcast host; as he rides, he might lead the class in a skills ranking of defunct boy bands (“Indisputably, Kevin is the hottest Backstreet Boy”) or break down the previous night’s television event. The day after Oprah’s royal exit interview, Rigsby began his class like this: “I’m bringing Meghan Markle energy into the ride, OK?”