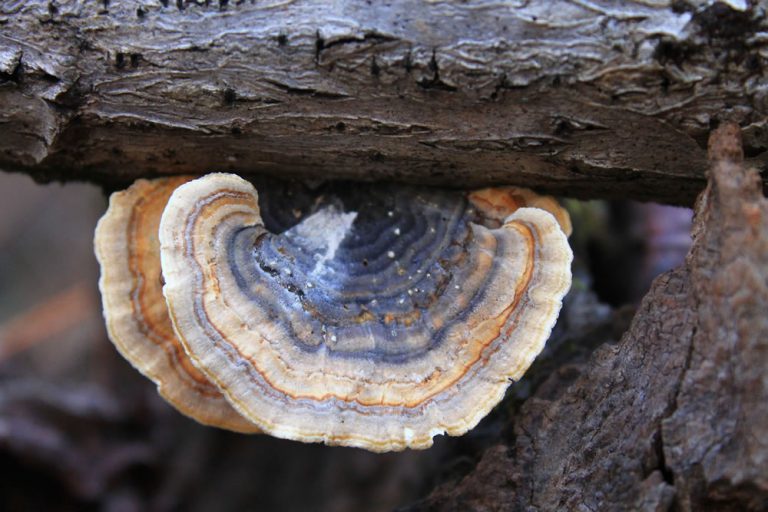 For centuries the healing “power” of mushrooms has been used medicinally around the world.  In the last few decades, scientific research has proved that certain mushrooms are a powerhouse of potent compounds that can help support and regulate the immune system.  This means mushrooms might not only help us defend against the cold and flu, but they’re also making waves in other areas of treatment and research.  And one of the most well-studied beneficial mushrooms that reveals itself as a potent immune-booster is the turkey tail mushroom (Trametes Versicolor and Coriolus Versicolor). 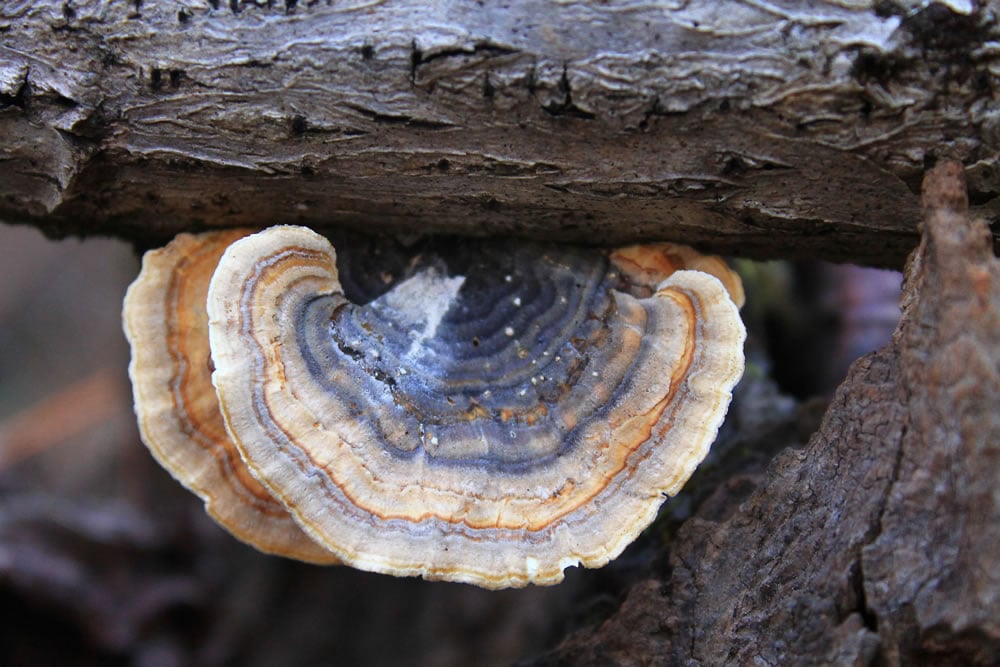 What is Turkey Tail Mushroom?

A tough, woody mushroom, you won’t find turkey tail sitting next to the culinary-friendly shiitakes and portobello mushrooms at the grocery store. But if you ever walk through wooded areas, you may have unknowingly already come across it on your travels.  A super common mushroom in North America and forests worldwide, you can find turkey tail growing mainly on the bark of dead trees, logs, and fallen branches.  All you need is just one look at a turkey tail mushroom, and you’ll understand its name is a perfect fit.

Considered a “bracket-style” mushroom, the turkey tail grows in layers of fan-like clusters with bands of colors that look exactly like the tail of a wild turkey.  As ordinary as the turkey tail mushroom may be, it’s as beneficial to our health and immunity as it is beautiful.

What are the Health Benefits of Turkey Tail Mushroom?

Polysaccharides, beta-glucans are what gives structure to the mushroom’s own cell wall.  A variety of beta-glucans can be found throughout nature. But it’s the unique structure of the ones found in turkey tail (referred to as PSK and PSP) that have been proven in studies to help regulate our immune system by increasing or decreasing the action of specific immune cells, promoting immunity to toxins and germs as well as suppressing inflammation.