The premium smartphone segment in India has long been dominated by Samsung and Apple. Still, smaller players such as OnePlus have been trying to snag a piece of that good pie over the years. This year, Xiaomi has raised its game with the Mi 11 Ultra, and so has Vivo, with its X60 series.

We’ve already seen the Vivo X60 Pro in action, and it turned out to be a perfect smartphone for those who shoot a lot of videos. The Vivo X60 Pro+ is its more expensive sibling, and it keeps most of the same critical features while offering better cameras and a more powerful SoC. Priced at Rs. 69,990, it competes directly with the Mi 11 Ultra and the top-end variant of the OnePlus 9 Pro, both of which have proven to be excellent smartphones. It’s time to find out whether the X60 Pro+ is worth the premium over the X60 Pro.

I think Vivo has really hit it out of the park with the design of the X60 Pro+. It looks elegant, feels refined, and is surprisingly light for a phone with a metal frame and periscope camera. The matte finish of the exposed aluminum frame and the faux leather back help keep it fingerprint-free. The multi-layered rear camera module looks similar to the Vivo X60 Pro, except for the extra telephoto camera. The physical buttons have good feedback, and down at the bottom, we have the SIM tray, USB Type-C port, and speaker.

The display looks very nice too. It’s a 6.56-inch curved AMOLED panel with a Full-HD+ resolution and a 120Hz refresh rate. The show has HDR10+ certification and is protected by Schott’s Xensation Up scratch-protective glass. I would have liked a higher resolution QHD+ display at this price, but this one isn’t bad since the pixel density is still well over 320ppi.

The Vivo X60 Pro+ ships with quite a few accessories in the box. These include a 55W fast charger, protective case, 3.5mm headset, and Type-C adapter for the headset. 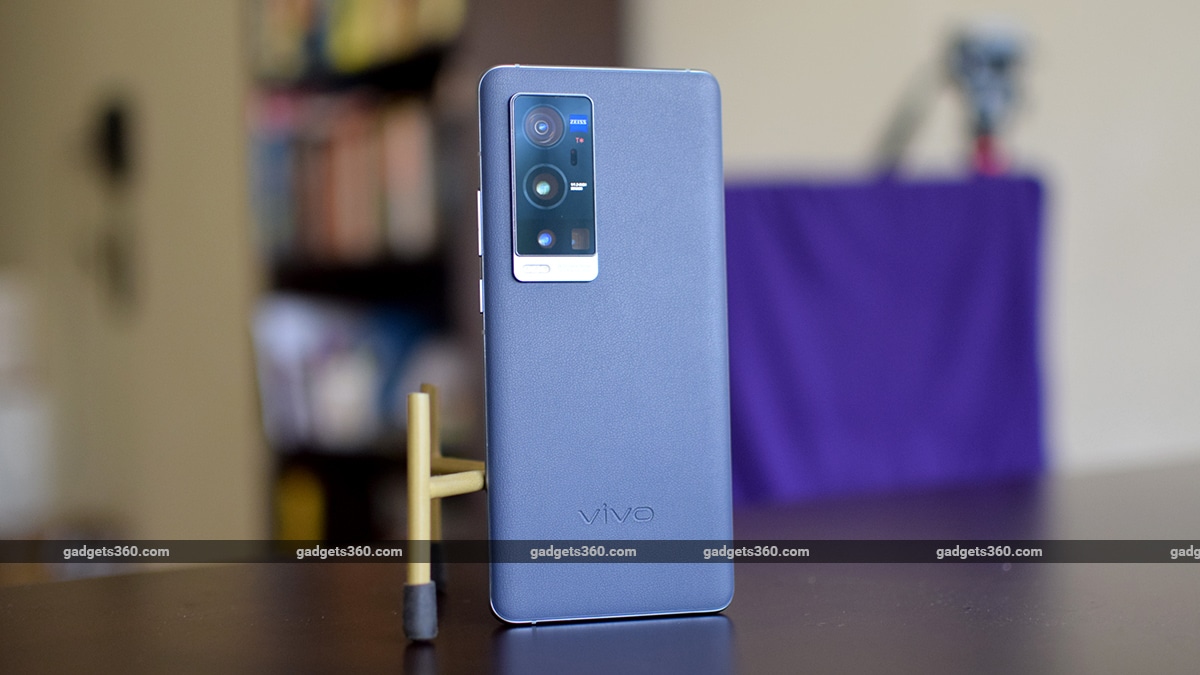 The Vivo X60 Pro+ is beautifully designed and feels premium

The Vivo X60 Pro+ gets a performance boost over the standard Pro model thanks to the Qualcomm Snapdragon 888 SoC. This top-of-the-line chip also powers the phone’s immediate rivals from OnePlus and Xiaomi. It supports a total of five 5G bands, which is decent but still fewer than what the Mi 11 Ultra offers. Vivo hasn’t compromised on other specifications either, and you get 12GB of LPDDR5 RAM and 256GB of UFS 3.1 storage.

Apart from the usual wireless connectivity and sensors, the Vivo X60 Pro+ has a laser autofocus sensor for the rear cameras, an in-display fingerprint sensor, and NFC, missing from the X60 Pro. Unfortunately, some vital features are still missing from Vivo’s most premium offering. Stereo speakers, an IP rating, and wireless charging are three huge omissions, in my opinion, which make this feel like an incomplete flagship. At this price and given the current competition, it’s inexcusable.

Vivo’s custom Android skin called FunTouch OS is now at version 11.1 and is based on Android 11. It has the same features and customization options that we last saw on the Vivo X60 Pro. I wish Vivo offered an accidental touch prevention option for the curved display, as trying to film a video with one hand can cause a lot of unwanted inputs. There are a tonne of pre-installed apps, most of which can be uninstalled. I was happy that none of Vivo’s stock apps bombarded me with ads or too many unwanted notifications.