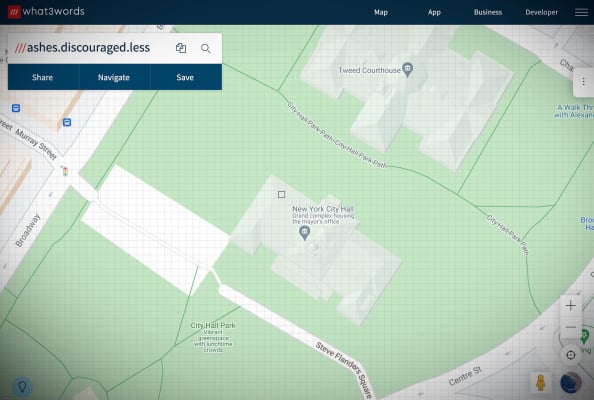 A U.K. company behind the digital addressing system What3Words has sent a legal threat to a security researcher for offering to share an open-source software project with other researchers, which What3Words claims violate its copyright. Aaron Toponce, a systems administrator at XMission, received a letter on

The letter gave him until May 7 to agree, after which What3Words would “waive any entitlement it may have to pursue related claims against you,” a thinly-veiled threat of legal action. “This is not a worth battle fighting,” he said in a tweet. Toponce told TechCrunch that he has complied with the demands, fearing legal repercussions if he didn’t. He has also asked the law firm twice for links to the tweets they want deleting but has not heard back. “Depending on the tweet, I may or may not comply. Depends on its content,” he said.

The legal threat was sent to Aaron Toponce. (Image: supplied)

U.K.-based What3Words divides the entire world into three-meter squares and labels each with a unique three-word phrase. The idea is that sharing three words is more accessible to share on the phone in an emergency than finding and reading out their precise geographic coordinates. But security researcher Andrew Tierney recently discovered that What3Words would sometimes have two similarly-named squares less than a mile apart, potentially causing confusion about a person’s actual whereabouts. In a later write-up, Tierney said

What3Words was not adequate for use in safety-critical cases. It’s not the only downside. Critics have long argued that What3Words’ proprietary geocoding technology, which it bills as “life-saving,” makes it harder to examine it for problems or security vulnerabilities. Concerns about its lack of openness in part led to the creation of the WhatFreeWords. A copy of the project’s website, which does not contain the code, said the open-source alternative was developed by reverse-engineering What3Words. “Once we found out how it worked, we coded implementations for it for JavaScript and Go,” the website said. “To ensure that we did not violate the What3Words company’s copyright, we did not include any of their code, and we only had the bare minimum data required for interoperability.